The HitzMan is droppin a new banger in Dutch this time. The native language from the man from Amsterdam. He is about to drop a song that he wrote and produced for his son. As you probably will hear is that the song is emotional and personal for the ''Shawty'' rapper. We were certainly surprised by this song but it blew us all away. Check-out the preview of the song here! -->

Kick-off your new year with a BANG.

February 2nd,2019 Basta Hitz is back in Belgium!

Basta Hitz is coming back to Belgium on Saturday february 2nd, 2019. He can be heard live from 10 PM until 01:00 AM on GRK Radio. Dropping new songs, new facts and other fun and exciting stuff! Make sure you're tuned in so you won't miss a single thing! Bless up.

´´only love´´ the latest release of basta hitz and again he knows to suprise.

This time with a catchy r&b/ hip-hop vibe with suits perfectly.
check it out now on every digital distribution store now! 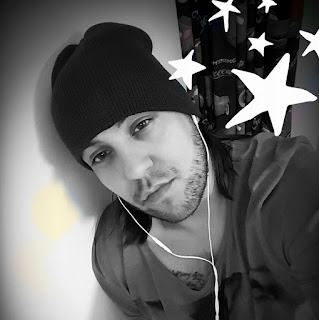 Amsterdam rapper Basta Hitz feels that his current album, apart from stacking his claim as the rightful 'Amsterdam King' when it comes to hip-hop, does more in terms of showcasing him as a person.
This, he believes will help strengthen that special bond between the artist and the fans and make his music more relatable.

Released on the 1st of August, the album seems to be doing reasonably well for the musician so far and only time will be able to tell just how this particular effort will go.
For Basta Hitz, it is all about embracing the positives in life and as such, the rapper decided - through the album - to share some of that positive energy with his fans.
"The album is all about what inspires me, life itself and of course the people and the greater society around me.
"I love to share positivity and unite people through my music and I think that people will definitely get to see more of Basta Hitz as a person and as an artist in this particular project", said Basta Hitz.

As for what those who had not gotten their hands on the album as yet can expect the rapper promises nothing but 'authentic bars'.
"The listeners should expect raw bars, sensitive bars, real-life bars.... memory lines and not just bars that sound nice.... but real-life lines.
"I want them to know that everything is possible, and that you can't judge others based on their looks or things you think they dealt with", said the rapper.

"I'm pushing hard when it comes to my music and of course trying my best to build a legit fan base by just keeping it RnR (Raw N Real)", added the rapper, while chatting to Urban Craft magazine in a recent interview all the way from the Netherlands.

Basta hitz back on air